In this SAN and NAS Storage tutorial short post, I’ll summarise the different types of adapters we use in our hosts and storage systems for SAN and NAS storage traffic.

A NIC is a Network Interface Card. It’s a traditional Ethernet network card and can be used for NAS protocols and iSCSI.

A TOE card is a TCP Offload Engine card. It’s an enhanced Ethernet NIC which is used to offload the storage TCP/IP processing from a server’s CPU. It can improve performance for NAS protocols and iSCSI. 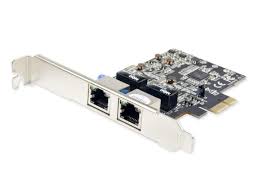 An HBA is a Host Bus Adapter, it’s the Fibre Channel equivalent of an Ethernet NIC. The ports have a WWPN rather than an Ethernet MAC address as used on the other adapter types. 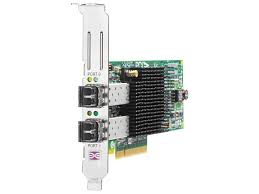 An iSCSI HBA is an Ethernet TOE card optimized for iSCSI.

A CNA is a Converged Network Adapter. It’s a 10Gb Ethernet card which supports FCoE. The physical port is virtualized into a virtual NIC with a MAC address for normal data traffic, and a virtual HBA with a WWPN for the storage traffic. It’s an Ethernet card so we can also run NAS protocols and iSCSI over a CNA. 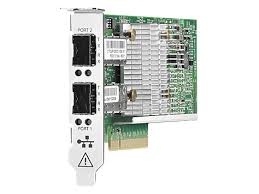 A UTA is a Universal Target Adapter which is a NetApp proprietary card. The first generation UTA cards were 10Gb Ethernet cards with FCoE support, so they were NetApp’s name for a CNA. The second generation UTA ports can run as either 10Gb Ethernet CNA, or as native Fibre Channel, depending on the physical transceiver you insert in the port.

Get my Introduction to SAN and NAS Storage video training for free here: