In this NetApp training tutorial, we will discuss the NetApp SyncMirror. NetApp SyncMirror is an optional feature which provides redundancy for our disk shelves. Scroll down for the video and also text tutorial. 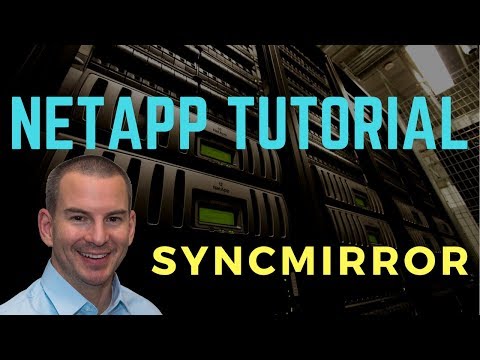 Your course on NetApp is undoubtedly the best, it is an eye opener and game changer. I passed the NCDA exam after taking it. Though I have taken NetApp instructor led training classes also, the actual learning and detailed understanding happened with the help of your course. I built the simulated lab also as advised by you which helped a great deal. Your course gave me the knowledge and confidence and made NetApp training very easy to understand. Thank you so much.

There are multiple levels of redundancy for our disks and shelves within a NetApp ONTAP storage system. RAID-DP provides redundancy in case we lose up to two disks in a RAID Group in an aggregate. Multi-Path High Availability (MPHA) provides redundancy for our connectivity from the controllers to the disk shelves. We have two SAS connections going down to our disk shelves, so if we lose any of the connections or any of the shelves, we can still get to the other functioning shelves.

The benefit we get from this is we get data redundancy. If we lose a disk shelf, we don't lose our data. The drawback is it's going to be more expensive because you're going to need twice as many disks.

You don't necessarily need to do this at a system-wide level. You can also do it for targeted aggregates if you prefer, you don't have to do it for all of your aggregates.

Along with controller High Availability, SyncMirror is the enabling technology for MetroCluster which we'll cover in a later tutorial.

The two different mirrored sets of disks that make up a SyncMirror aggregate are called Plexes. The two plexes are on different shelves, connected to the system via separate cables because the point of SyncMirror is redundancy for our shelves. There would be little point in running SyncMirror if the disks were on the same shelf. A normal, non-SyncMirrored aggregate contains only one plex.

When disk auto assignment is turned on (which is the default), all disks are assigned to Pool 0. To configure SyncMirror, you're going to have to disable auto assignment and then manually assign half the disks to Pool 0 and the other half to Pool 1.

The diagram below shows a new system with all of the default settings. All of the disks are in Pool 0. We need to have an Aggregate0 for our system information, which is how it comes configured straight out of the factory. Aggregate0 is made up of three disks configured with RAID-DP.

As an administrator, I would then need to create my first aggregate for user data. I've called it Aggregate 1 here. Again, by default, all the disks will come from Pool 0. This is not a mirrored aggregate. In our example, it's made up of a couple of different RAID groups. Notice all my spare disks are in Pool 0.

Now I want to convert Aggregate 1 into a SyncMirror aggregate. To do that, I turn off disk auto assign and I manually assign half of my disks that were in Pool 0 to Pool 1.

Next, I convert Aggregate 1 into a SyncMirror aggregate. When I do that I still have the original disk shelf. The data is on there in Pool 0 and Plex 0. I'm now going to be mirroring the data to a different disk shelf, so it's an exact mirror copy of Plex 0.

In the example here, I converted an existing aggregate into a SyncMirror aggregate. I can also do this for new aggregates when I create them, as long as I have enough available disks in Pool 0 and Pool 1.

Want to practice NetApp SyncMirror on your laptop? Download my free step-by-step guide 'How to Build a NetApp ONTAP Lab for Free' 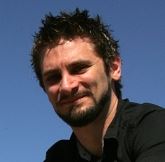 Alex Papas has been working with Data Center technologies for the last 20 years. His first job was in local government, since then he has worked in areas such as the Building sector, Finance, Education and IT Consulting. Currently he is the Network Lead for Costa, one of the largest agricultural companies in Australia. The project he’s working on right now involves upgrading a VMware environment running on NetApp storage with migration to a hybrid cloud DR solution. When he’s not knee deep in technology you can find Alex performing with his band 2am