In this Cisco CCNA training tutorial, you’ll learn about VLAN Access ports and how to configure them. Access ports are configured on switch interfaces where end hosts such as desktop PCs are plugged in. Scroll down for the video and also text tutorial. 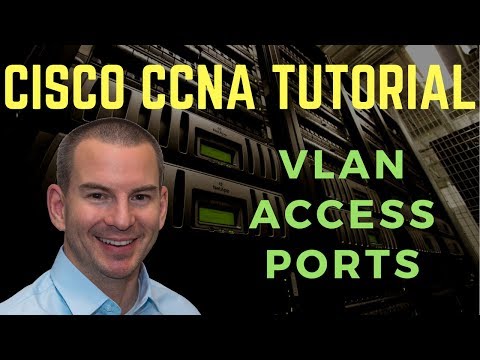 An access port carries traffic for one specific VLAN. For example, when an Engineering PC is plugged in to a switch, the port where it is connected to will be configured as an access port for the Engineering VLAN.

The configuration is all on the switch. The end host doesn’t need to know anything about VLANs.

VLANs segment the Campus LAN into smaller broadcast segments by only allowing traffic within the same VLAN. Traffic between VLANs must go via a router. 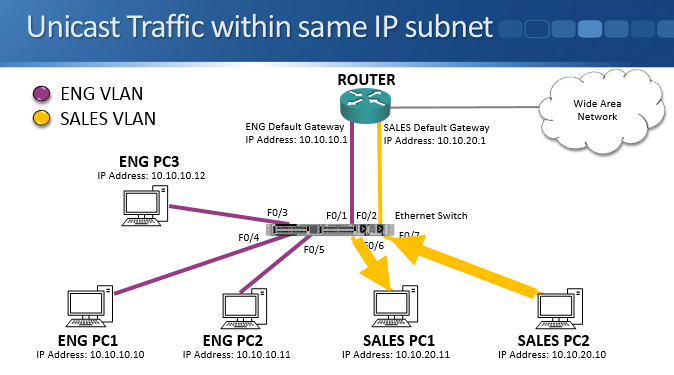 We have an Engineering VLAN and a Sales VLAN in the example above.

Whenever unicast traffic is sent within the same IP subnet and VLAN, the switch will send it out only the port which the destination host is connected to. For example when Sales PC2 sends to Sales PC1, the switch will forward it out only port FastEthernet 0/6 if it has already learned the MAC address of Sales PC1. 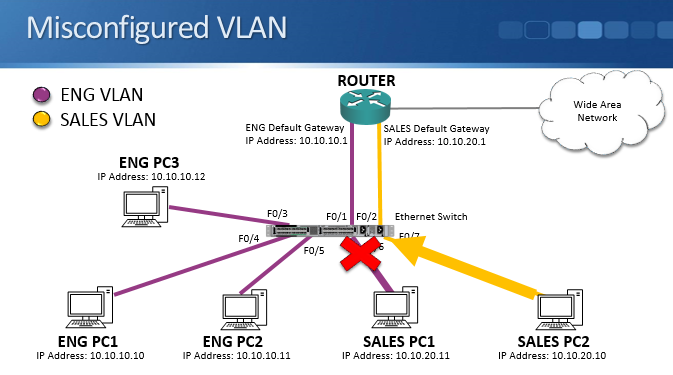 If we misconfigured VLANs, for example if we accidentally put Sales PC1 in the Engineering VLAN instead of the Sales VLAN, the other PCs won’t be able to communicate with it, even if they’re in the same IP subnet. The switch doesn’t forward traffic between different VLANs. So if Sales PC2 at 10.10.20.10 sends traffic to Sales PC1 at 10.10.20.11 but they’re in different VLANs, it won’t make it to the destination.

You have to be careful when configuring VLANs. Remember, hosts which are in the same IP subnet should be in the same VLAN. 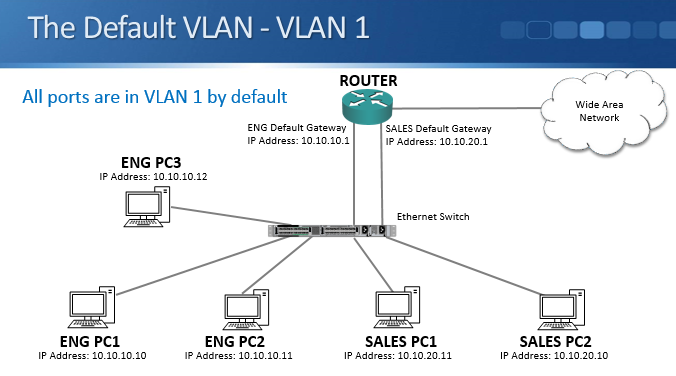 VLAN1 is the default VLAN, all ports on the switch are in this VLAN by default. Until you manually configure VLANs, your Campus LAN is one big broadcast domain.

This isn’t a good idea as it affects performance and security, so you should configure specific VLANs. 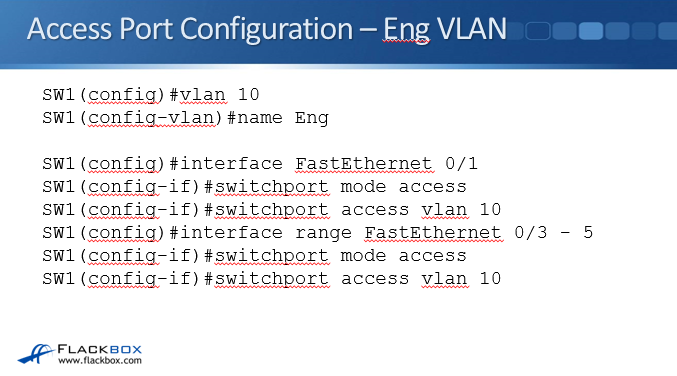 At global config, type VLAN 10. That gets us into the VLAN sub-configuration. Optionally, you can give it a name and it’s a good idea to give it a descriptive name here. Here we’ve called it Eng, type ‘name ENG’.

Next, we need to configure our switch ports as access ports in the correct VLAN. Type interface FastEthernet 0/1, then switchport mode access and switchport access vlan 10.

If you are wondering about the other types of ports, aside from access ports we have trunk ports. We will cover those in the next post.

Next we need to put interfaces FastEthernet 0/3 – 0/5 in to the Eng VLAN. Rather than having to do these same commands over and over again for each individual port, we can configure a range of ports. Type interface range FastEthernet 0/3 – 5. You have to do this in exactly this syntax or you will receive an error message.

Then we type switchport mode access and switchport access vlan 10 again. Now we have completed configuring our Engineering VLAN. 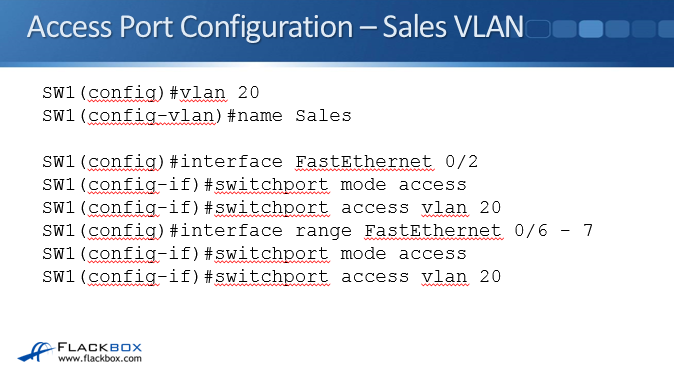 Now let’s configure the Sales VLAN using vlan 20. Just like we did with Engineering VLAN, we will name our VLAN to Sales. So at the global config, type vlan 20 then name Sales. 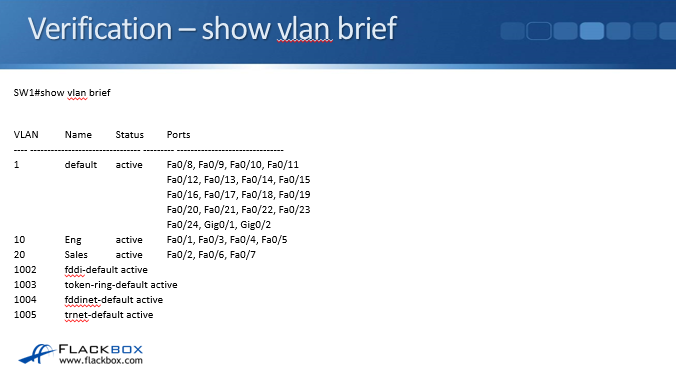 To verify your configuration, type show vlan brief. It will show all the VLANs available on the switch along with the ports associated with each VLAN. So you will see interfaces FastEthernet 0/1, 0/3, 0/4 and 0/5 are in the Eng VLAN 10 and FastEthernet 0/2, 0/6 and 0/7 are in the Sales VLAN 20.

All of the other ports are in the default VLAN 1. 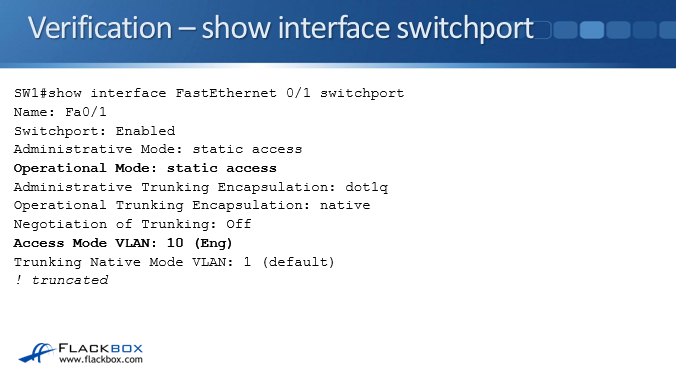 ‘Show VLAN Brief’ shows you global information about all your VLANs and all of your ports. If you want to see information specific to an individual port, type show interface FastEthernet 0/1 switchport, referencing the port you’re interested in. In the example above, you can see that it’s an access port in VLAN 10, which is the Engineering VLAN.

Why we have VLANs

Understanding and Configuring VLANs from Cisco