In this Cisco CCNA tutorial, you’ll learn about the different Operating Systems that run on Cisco’s different router and switch platforms. Scroll down for the video and also the text tutorials. 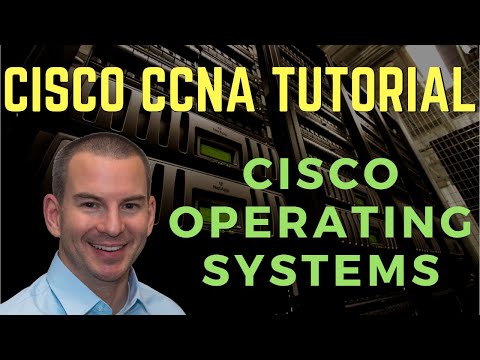 I’ll start by giving you a bit of history. Many people think of Cisco as being a routing and switching company, but they were just a purely routing company when they started off. When they started, IOS was the original Operating System that they used on routers, the same Operating System used today. It’s gone through quite a few upgrades in the time since Cisco started back in 1984.

Cisco firewalls evolved from another acquisition. That was the acquisition of Network Translation back in 1995. Cisco got their PIX firewall from that, which uses the Finesse Operating System. Now, both the Catalyst switches and the originally PIX firewalls, it’s now the ASA firewall, were ported over to the IOS operating system over the following years.

So, you’re maybe thinking, “Oh well, this is going to make things more difficult if there’s all these different Operating Systems.” But really, it doesn’t, because all of the different Cisco Operating Systems are incredibly similar from the Command Line point of view.

You’re maybe wondering, “If managing them is exactly the same, why are there the different Operating Systems?” The main reason, and where they’re different, is under the hood. IOS has got a monolithic kernel, meaning that if one process running on the router crashes, it can crash the entire router.

The other newer Operating Systems have microkernels, and the processes run in separate, protected memory address space. So if one of the processes crashes, it shouldn’t affect the running on the rest of the system. These other Operating Systems are mainly on the higher-end routers and switches, but they’re still running IOS on the enterprise-grade routers and switches.

Now, don’t think that IOS is a bad or an unreliable Operating System. It’s been purpose-built by Cisco, the biggest networking company globally, to run on enterprise-grade routers and switches. So, it is very hardened. It’s still very, very reliable.